One of the most satisfying things about participating in the Garden Bloggers Fling the last several years has been the opportunity to meet gardeners from all over the United States, Canada and the United Kingdom. We are all proud of what we grow but there is no denying that we all lament over what we just can’t get to perform well (or even stay alive til season’s end) given our region’s cultural conditions.

When I lived in the deep south our hydrangeas were big, blue and fabulous and spring days were awash in color from the winter’s remaining camellias, azaleas of all colors and blooming ornamental cherry trees. I could not, however, grow a decent rose that wasn’t covered in blackspot by the time it formed buds. At the Capitol Region Fling in 2017, gardeners with massed blooming perennials and annuals mourned their lack of gardenias as evergreen shrubs rather than annuals lost to cold each year. Clematis and peonies are always wept over by those of us whose fate they are not while I’m pretty sure they grow unattended in fields in the Midwest. A fellow blogger mooned over a single agapanthus in a Denver garden as if it was the second coming; in Southern California we grew those by the freeways. Don’t get me wrong–all of us have gotten a round peg in a square hole with enough effort but more and more gardeners are concentrating on growing well what grows best in their garden’s natural culture. 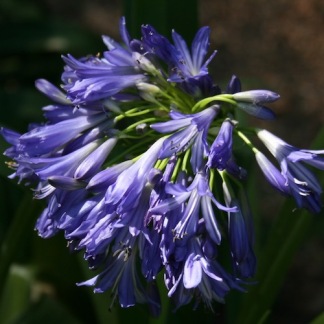 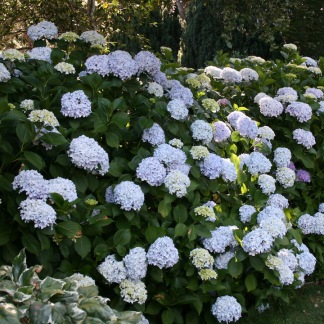 There is also a lot of time to cuss and discuss various the cultural practices we use to get the most from what we’ve got. In front of an amsonia standing very tall in a Denver garden I commented that I had planted one in my Georgia garden but could never get it not to flop. UK blogger Michelle Chapman asked, “Do you Chelsea chop?” I was momentarily without words. She went on to explain that cutting the amsonia, along with many other herbaceous perennials, back at a certain point to encourage branching would produce a sturdier plant less likely to flop. Michelle gardens in Chippenham, England and blogs at Veg Plotting. For her area that optimal spring cutback takes place around the time of the famed Chelsea Flower Show–hence it is called the Chelsea chop. As I enjoy a longer growing season, my perennials generally have been blooming for 2+ months by May when CFS takes place. My early spring cutback to encourage branching is more like early to mid-February but I have no equally descriptive name for it. My Central Valley’s commonly 8 month growing season does benefit from a mid-summer cutback of most herbaceous and woody perennials. After they take a brief rest, I am rewarded with another full bloom cycle which carries my garden through fall. I’ve decided I’m going to call my early July cutback the West Coast whack! There is always more than binds gardeners together than that separates them–we are pretty good world ambassadors, I think.

As we are spending next week in the cool of the Sierra Mountains and my plants are ready even if I am not, this is my week to whack. In years past, I have spent more time laboriously making the perfect cut on each stem but life has gotten too short for that and many of the twiggier plant groups like the Salvia greggii, of which I have many selections, seem to respond just as well with a less precision prune. Roses are getting another mass dead heading also–not much escapes this mid-summer madness.

It will take me the rest of the week, working in the cooler early morning hours, to cut back the salvias, agastache, penstemon and shrub roses. Other perennials can be dead headed and tidied up as time permits. We’ll take a rest from the garden next week as the garden starts its summer afternoon nap.