Located at the foot of the United States Capitol, the United States Botanic Garden (USBG) was established by Congress in 1820. George Washington had a vision for a botanic garden which would demonstrate and promote the importance of plants to our young nation. Today, three garden spaces make up the USBG: the Conservatory, the National Garden and the adjacent Bertholdi Park. Approximately 65,000 plants are maintained for exhibition, study, conservation and exchange with other institutions.

The Terrace Garden entrance to the Conservatory offers a peek-a-boo view of the United States Capitol building. 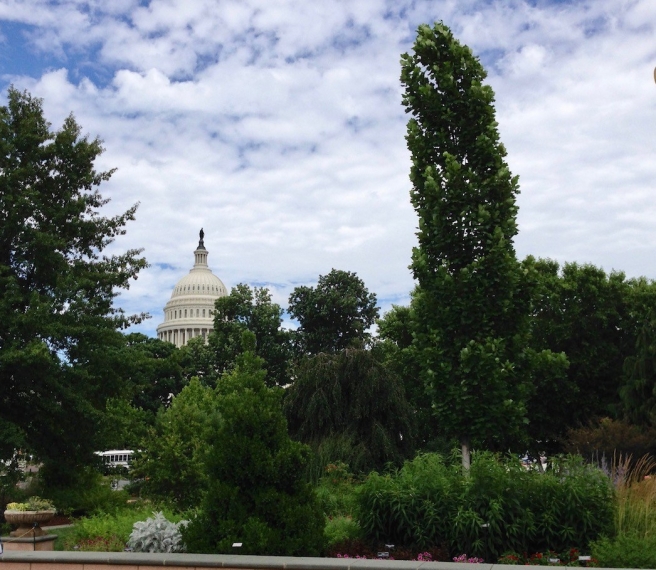 This gigantic shallow container, housing an interesting mix of tropicals and conifers, is the Terrace Garden’s focal point.  The architectural conifer in the background bed appears to sprout from the super-scaled dish garden! 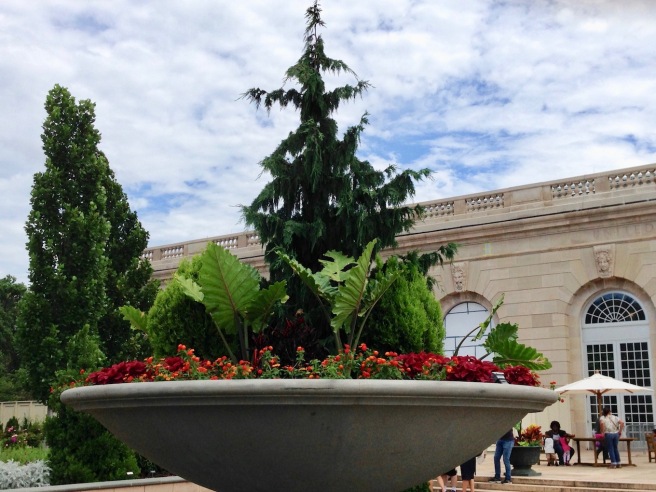 Although I am not a huge fan of the heavy humid air of indoor conservatories, my analysis of this day’s prevailing weather was that inside the big glass house could not be any worse so…

The Garden Court acts as an anteroom for the plant life of the Tropics. The mirror image shallow reflecting pools are beautiful and the aqua tile and sparking water offer visual relief from the sultry day. 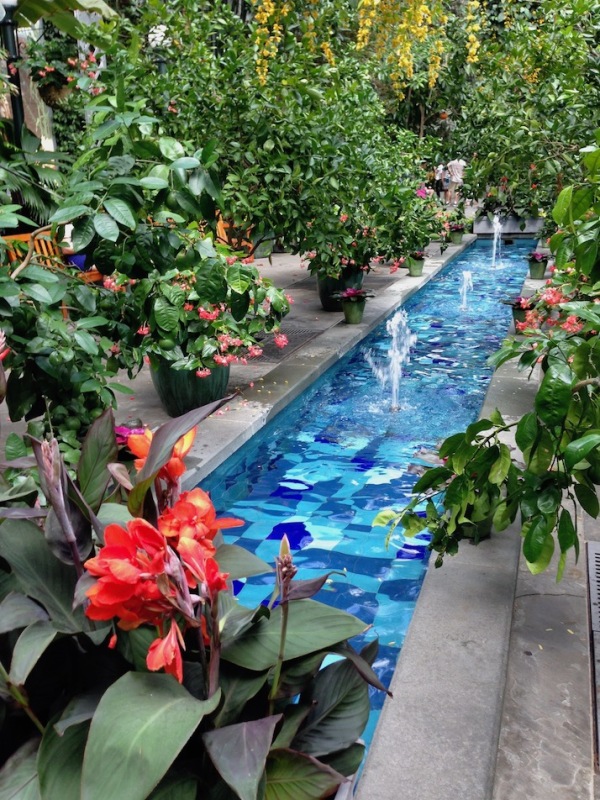 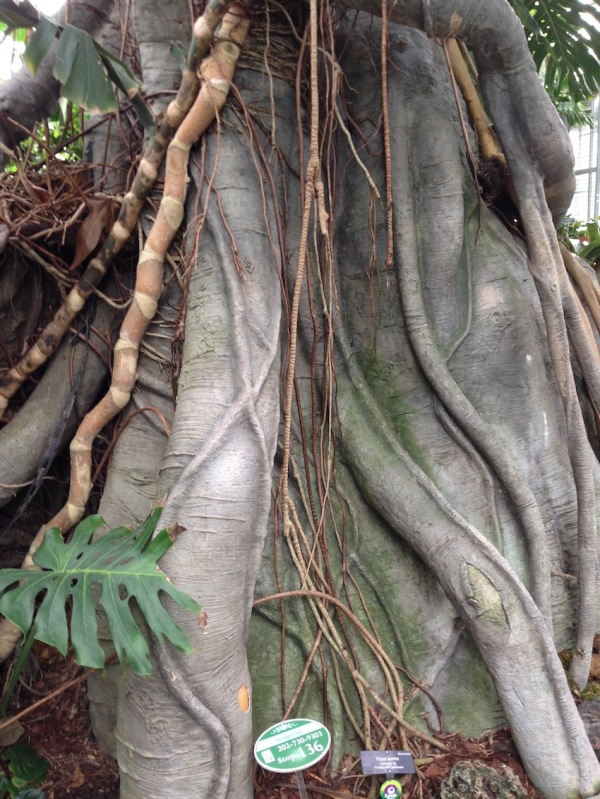 That would the Tropics be without a massive Ficus aurea? 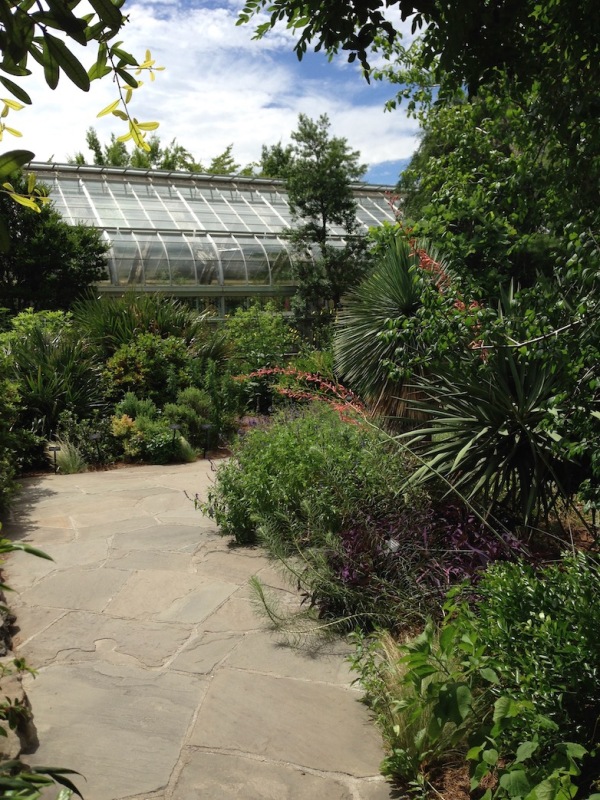 Additional collections from around the globe are housed in several auxiliary glasshouses that surround the two story main conservatory. I walked all over the world on these wide flagstone paths!

The National Garden, established in 2006, was originally conceived in the late 1980s to features roses which had been declared the national floral emblem in 1986. The concept was later broadened to include native Mid-Atlantic plants (dubbed the Regional Garden), pollinator attracting plants and a fountain celebrating the First Ladies. 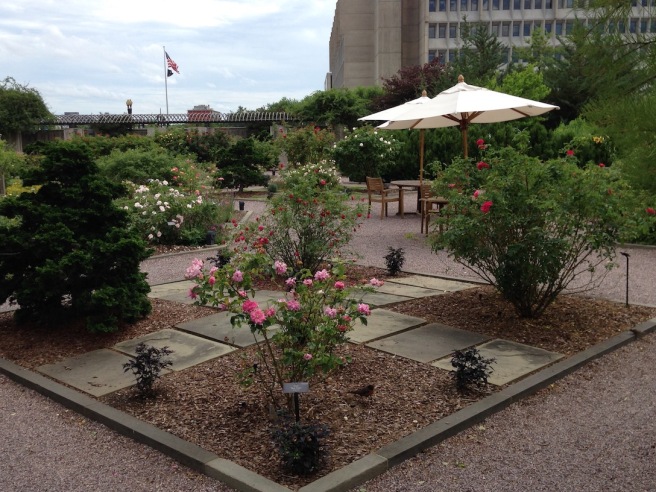 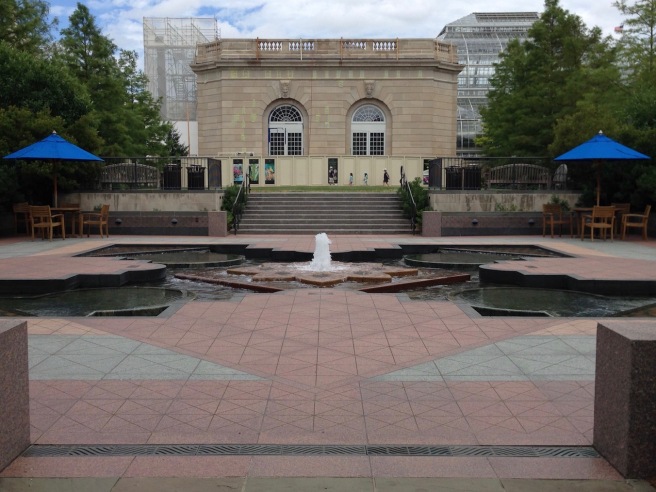 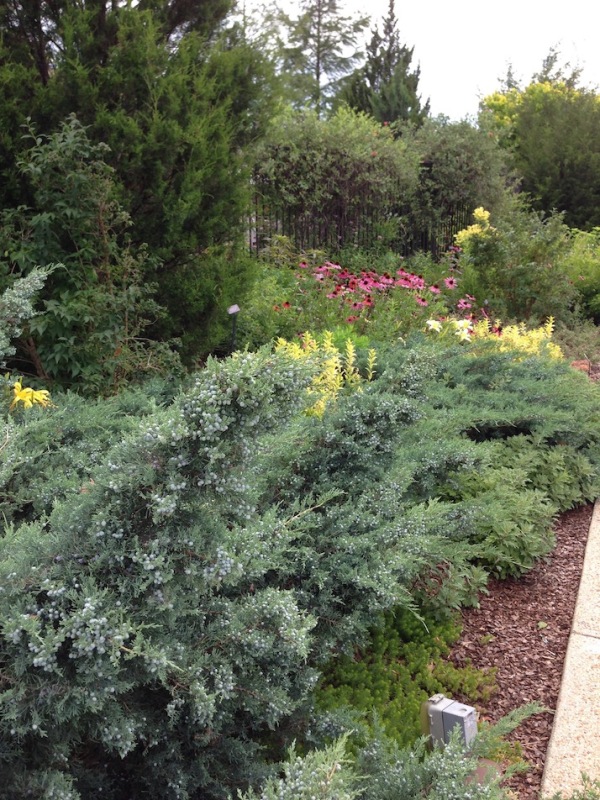 Above and below–small sections of the Butterfly Garden. Many evergreens are incorporated here to maintain garden interest during the dormant season. 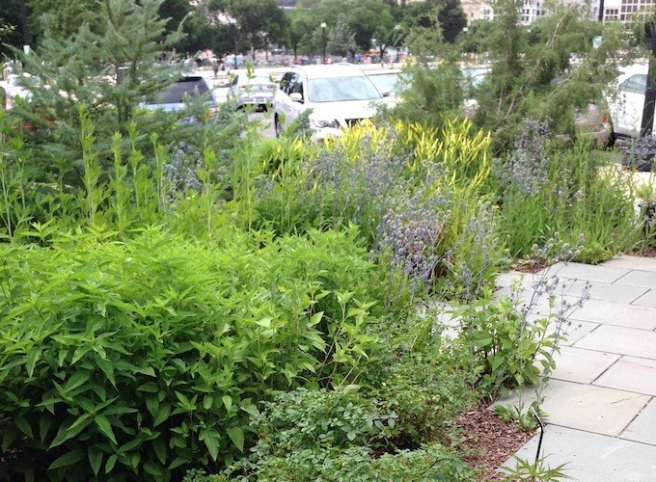 Views of the Regional Garden 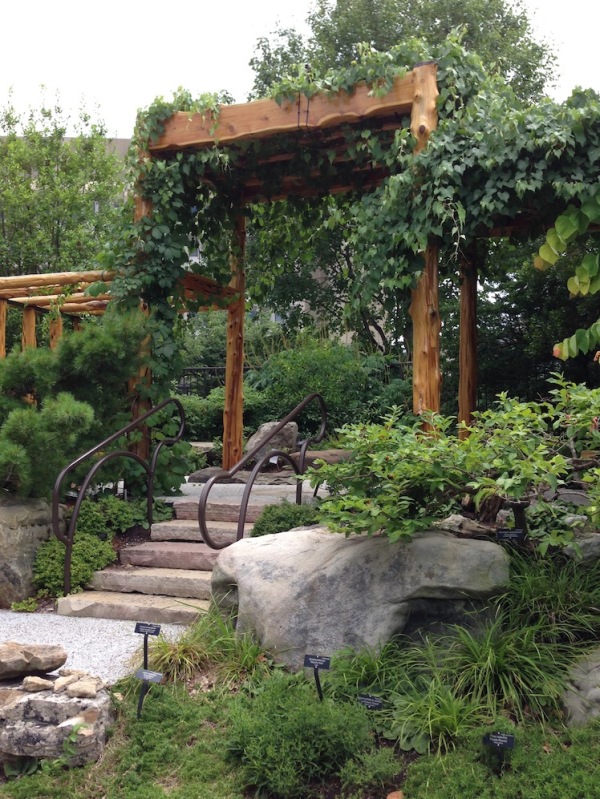 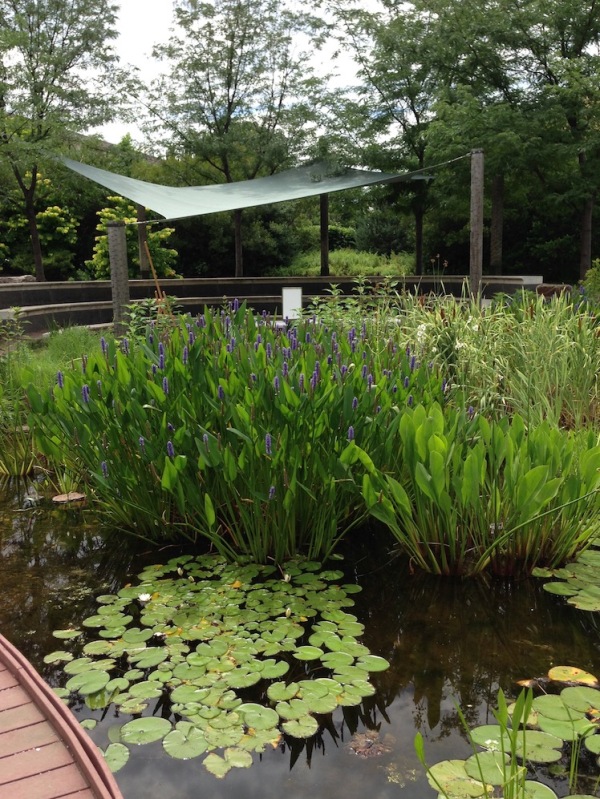 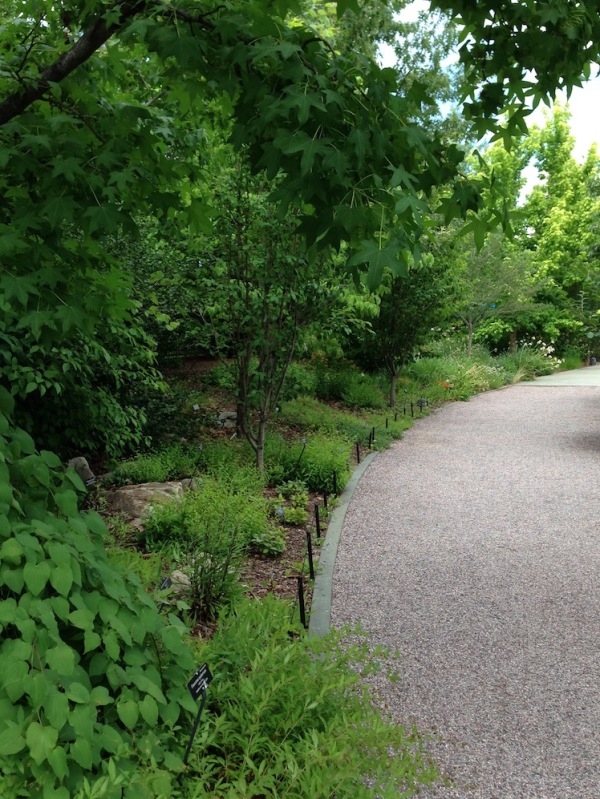 As with many of the gardens I visited on and around the National Mall, this garden was being used for rest and respite by both adults and children. There were folks eating lunch, reading the daily paper and just absorbing the surrounding nature. Large enough to provide a bit of insulation from the hustle and bustle outside its fences but small enough to pop in on from the street without needing a map to find your way out. 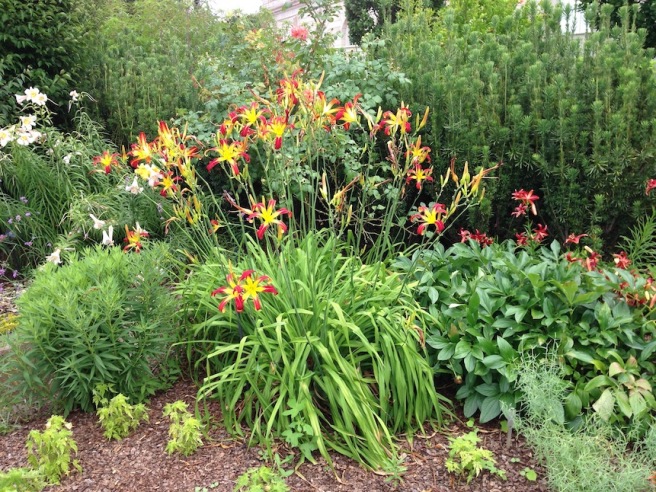